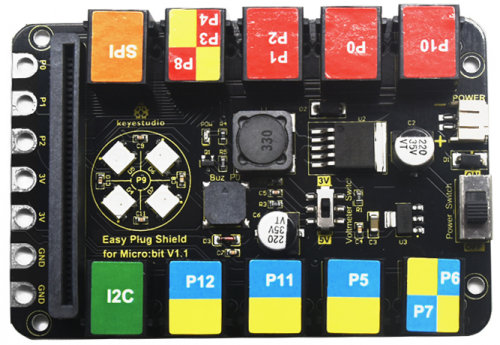 Micro bit is a basic development board designed by BBC for teenagers programming education. It supports the PXT graphical programming developed by Microsoft, and used through Windows, macOS, IOS, Android and multiple operating systems, moreover, there is no need to download an additional compiler. Doing experiments with micro bit board, we particularly design EASY Plug Shield for micro bit V1.1, making up the wiring problem. You only need to insert the micro bit board into shield. We can link micro bit control board with sensor modules via golden finger interface on the shield, as well as 10 EASY plug interfaces, that is, the RJ11 6P6C interface. Connecting EASY plug interface to other modules with via one special telephone line (RJ11 crystal head), which contributes to keep from damaging the sensors and wiring wrongly. Meanwhile, this shield comes with 4 WS2812 LEDs (controlled by P9), 1 buzzer (controlled by P0), 2 DIP switches and power_Switch controls power. Voltmeter_Switch controls the voltage of V end of Easy plugs. (3.3V, 5V) When electrified, the supply power is DC 6-10v. They can match with sensors/modules we provide with RJ11 6P6C ports. If the wiring order is different but with same interfaces , they still aren’t compatible.

EASY plug and RJ11 6P6C interface are practically the 6pin ports , according to the IO port led out by the silk screen on the back. 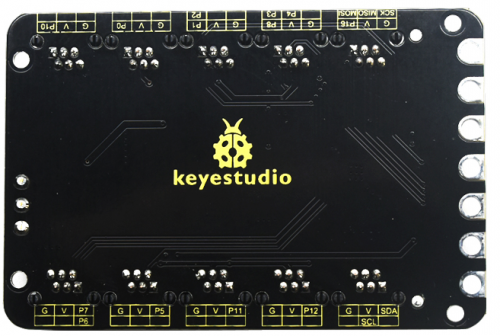 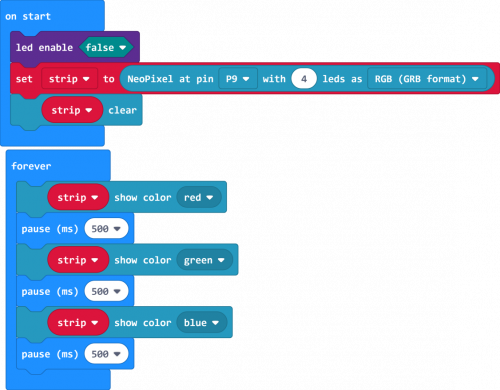 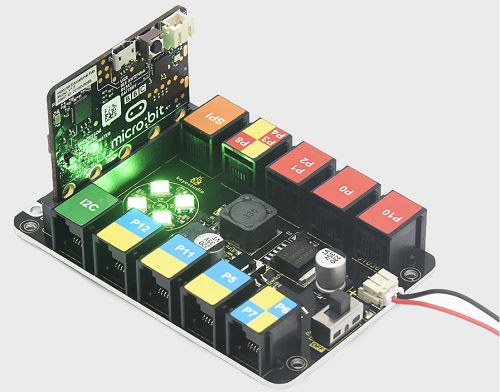 The code is uploaded successfully. After power-on, the 4 WS2812 LEDs flash alternately three colors: red, green, and blue. Attached to a collision module by Easy plug, LED can be restrained by a collision module. 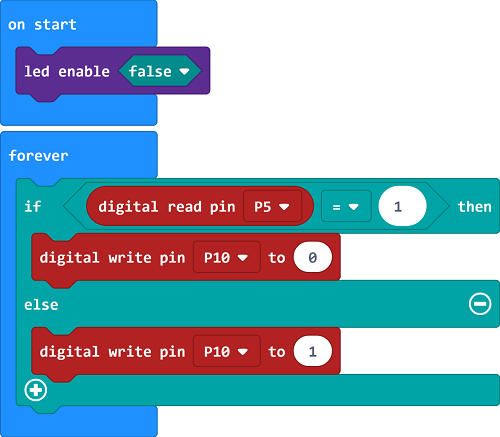 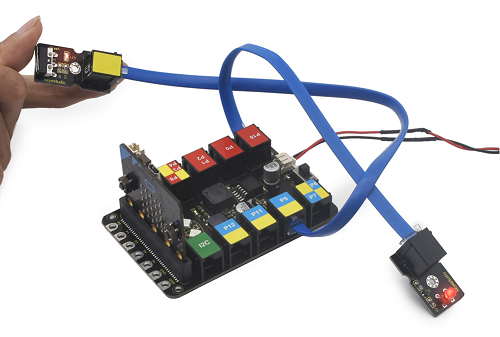 The code is uploaded successfully. After power on, press the shrapnel on the collision module, the LED lights up, otherwise the LED goes off.