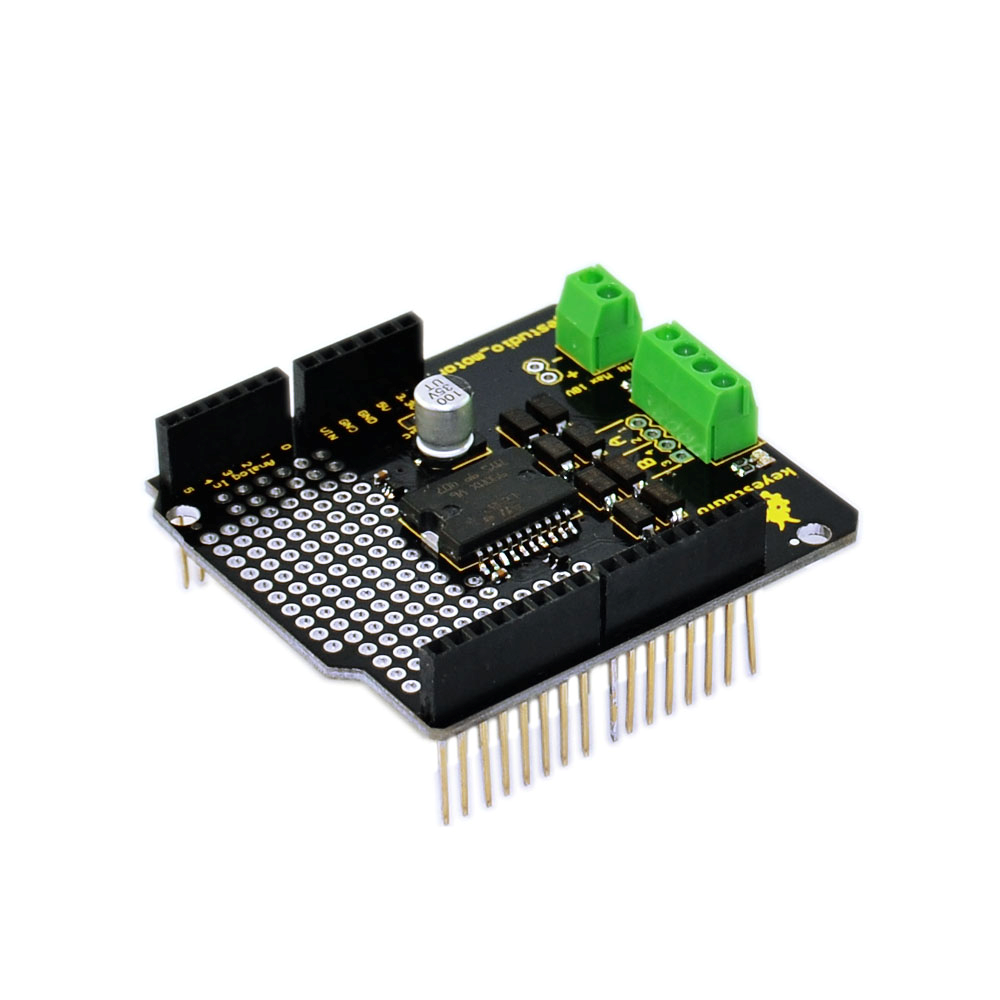 According to wiring method above, we can control the transferring, reversing, stopping of two DC motor (M1 and M2), as well as the speed regulation of PWM. 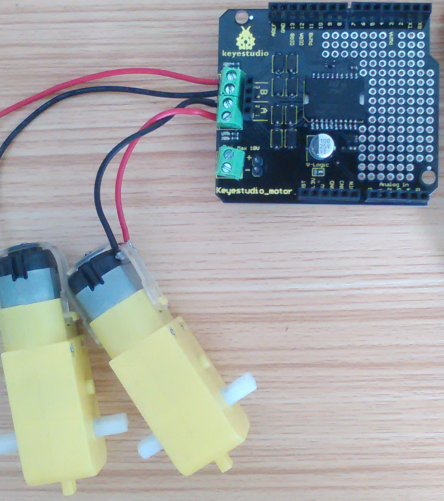 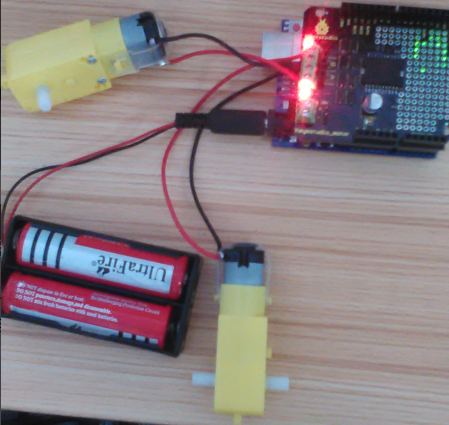 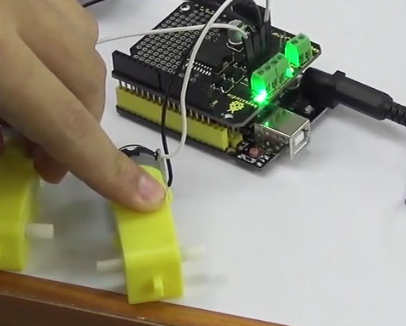