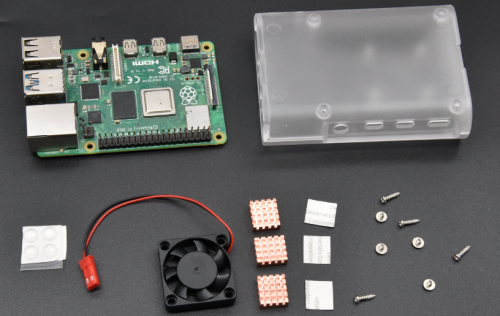 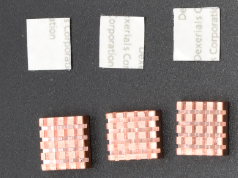 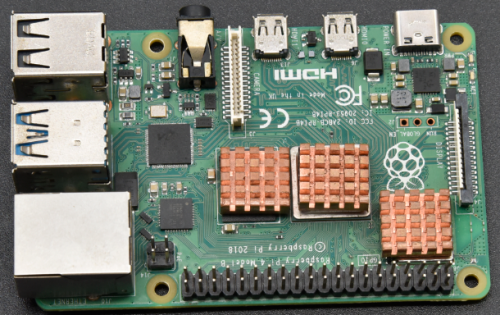 Fix the fan onto the housing with screws, as shown below; Note: refer to the figure 4 and make fan’s back upward. 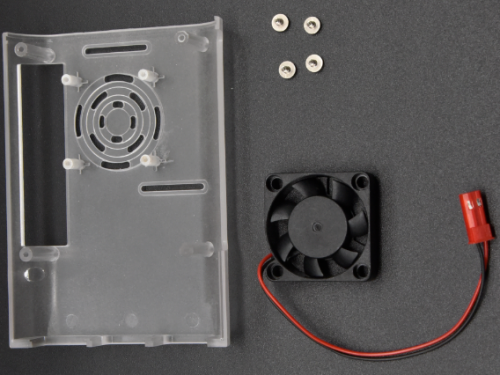 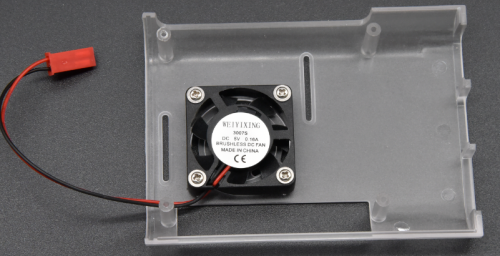 Prepare the following parts we need 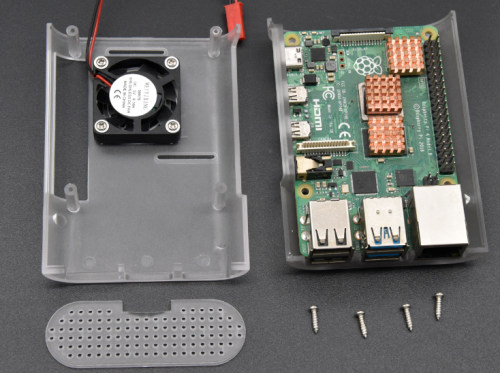 Cover the Raspberry Pi 4 with the housing And place the oval plastic board as follows; Screw them together. (figure 7) 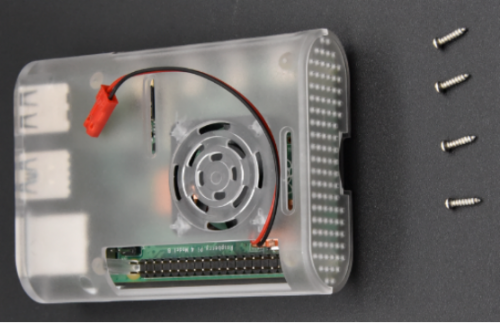 Don’t forget to screw the bottom.(figure 8) 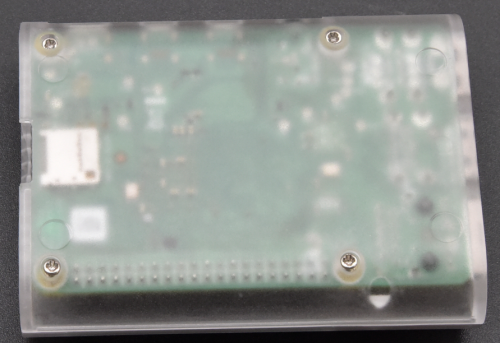 Then glue colloidal particles in the four grooves, as shown below;

Respectively attach the red wire, black wire of the fan to 5V and GND of the Raspberry Pi, as shown below: Note: don’t reverse the negative and positive poles of the fan. 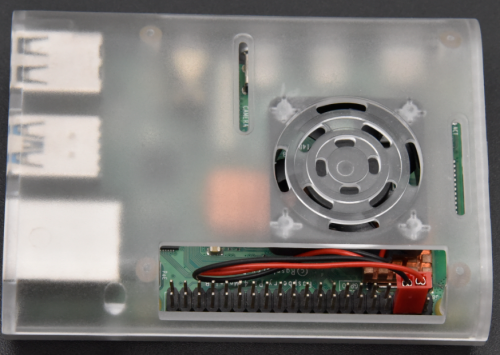